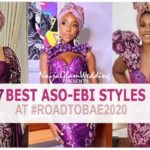 This past Saturday, all eyes were on Anita Adetoye and Emmanuel Ikubese who tied the knots in Lagos. Less than 6 months after their beautiful customary introduction and a few days after their traditional engagement, Anita married Emmanuel at a celebrity-packed white wedding ceremony and officially became Mrs Ikubese. With their wedding hashtags (#RoadToBae2020 and […] 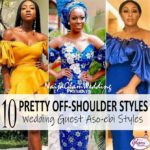 Off-shoulder dresses have become one of the most popular wedding aso-ebi and occasion style in Nigeria and we think they are effortlessly stylish. If you are a fashionista who is not shy to show off a teeny-weeny bit of glowy skin, why not flaunt them in beautiful and sexy off-shoulder Nigerian-style occasion wears. We’ve got […] 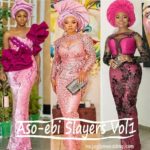